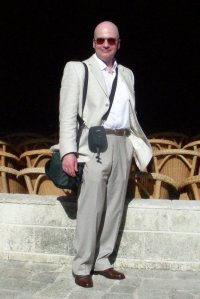 His M.A. thesis concerned applications of psychoanalysis, philosophy, and quantum physics in the post-secondary instruction of music composition.  His doctoral work focused on transformative learning processes in the ‘composer education’ field.

His classical compositions have been performed by a number of virtuosi– his Etude in C minor for solo piano was debuted by world-class Hungarian pianist Yaroslav Senyshyn at the University of Toronto.  In 1997, with the help of his librettist/partner, Lina Medaglia-Miller, he completed “Casanova,” a three-hour, fully-orchestrated Broadway musical.

His mentors have included such luminaries as Healey Willan, Giles Bryant, and Eric Lewis. Not merely an academic musician, Reeves spent seven years as a working musician ‘on the road.’ He was bassist for ‘The Heat,’  a band that won the Q107 Homegrown radio contest in 1981.  Reeves served as bandleader of over a dozen different groups.

A skilled computer user, audio engineer, and producer of music, Reeves spent 5 years working with high profile clients like Shania Twain and EMI Music as manager and chief-engineer of Studio 55, one of Toronto’s most frequented MIDI and pro-audio studios in the late 80s.   He has created over 200 compositions, including 4 fully-orchestrated symphonic works.   In 2004, he completed a CD of 18 C&W songs, called “Bald Eagle,” composed by Reeves and his partner, Lina.

Lina and Reeves also write rock songs under the pseudonym RE-VO. RE-VO’s first album was a CD of political/protest rock songs, “Dreamland and other Conspiracies,” released in 2007.

In 2009, RE-VO released “XII,” the band’s second album. This time, the album’s genre is progressive rock.

Between 2009 and 2020, Reeves completed a four volume action-thriller novel series, The Shadow Truth Quadrilogy, about conspiracy theories and the intelligence community. He is currently shopping for a publisher.

Reeves designed another George Brown course, “Conspiracy Theories: From Politics to Paranoia,” which debuted in Fall 2013, and is taught at GBC by Dr. Lina Medaglia-Miller.

Reeves feels privileged to have worked at George Brown College since 1999, teaching General Education, Psychology, Organizational Behaviour, English, Professional Communication, Speaking with Confidence, Film Studies, and Popular Culture Studies.  Reeves is proud to have served on George Brown’s College Council and on the Committee for Academic Excellence.  He currently serves on the General Education Committee. Reeves is honoured to have been nominated, both in 2003 and in 2004, for GBC’s prestigious Crystal Apple Award, the nominations of which are made by students.  In 2007, he was nominated for Ontario’s Leadership in Faculty Teaching Award. 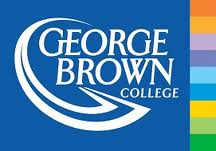 Judy has over 25 years of professional experience in international advertising and marketing. She has produced hundreds of English and French radio and television commercials, as well as print ads, corporate videos and internet content.

In the mid-1990s, Judy’s career focussed on Asia for three years where, as Manager of Commercial Production, Grey Asia Pacific, she taught and mentored staff in a variety of positions in Japan, and at satellite offices in Korea, Hong Kong, Thailand and Australia.

Judy’s vast knowledge of production in the ad business is augmented by her lifelong passion for film, television drama, popular music and popular iconography. She is an avid observer and keen critic of the ever-changing values of popular culture and their meanings.

Judy is a University of Toronto alumna. She also graduated from Ryerson University’s TV Production course as well as the Ottawa Summer Institute’s Film and Television program.